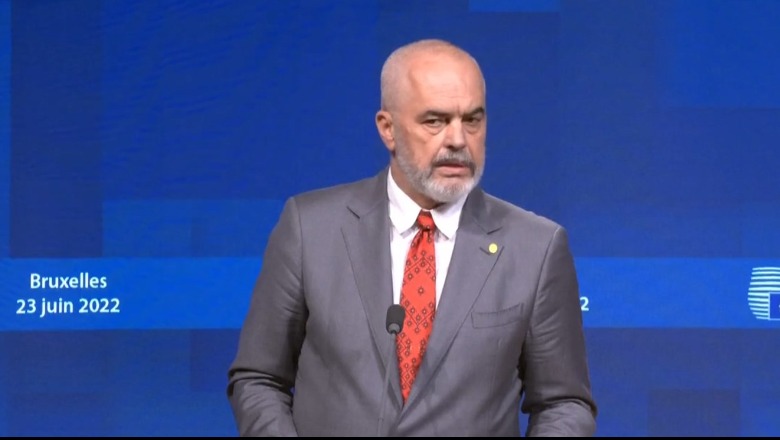 TIRANA, July 7 – “We need the EU as much as it needs us,” declared Prime Minister Edi Rama in an interview for the Serbian newspaper “Novi Magazin” (novimagazin.rs) on Thursday.

“We have all done our job, but of course there is still a lot to do and no one is denying that. The only problem is that for each phase that we offer, the EU must give its share and this has not happened recently,” he emphasized.  “We hope that BiH will not need another war to get the EU candidate status!” Rama said.

Regarding the relationship with the president of Serbia, Aleksandar Vucic, Rama said that they decided to give the talks a dimension of openness in 2016, even when this could disturb or anger others. “And it seems to be working because there is nothing we cannot discuss openly, including the taboo topic of Kosovo on which we differ the most,” Rama said.

According to the Albanian PM, the latest French proposal is fully acceptable after the hard work of Emmanuel Macron and his team on both sides during the NATO summit. He hoped that the deadlock between North Macedonia and Bulgaria would end soon.

Regarding the EU failure to liberalize visas for Kosovo citizens, Rama said whatever the reason this is a shameful attack on the human dignity of an entire population.

In the meantime he said that Serbia’s refusal to join EU sanctions is not Serbia’s consent to aggression. “The opposite. Serbia joined the democratic world three times in a row by voting against Russia at the UN. Turkey is another country that has not respected the sanctions but is against Russia at the UN and also makes a unique contribution to all of us by engaging with Ukraine, the UN and Russia itself for humanitarian purposes.”

Rama concluded by saying that Serbia will have to recognize Kosovo at some point, and get rid of the burden that should not harm Serbia’s bright future for a long time.