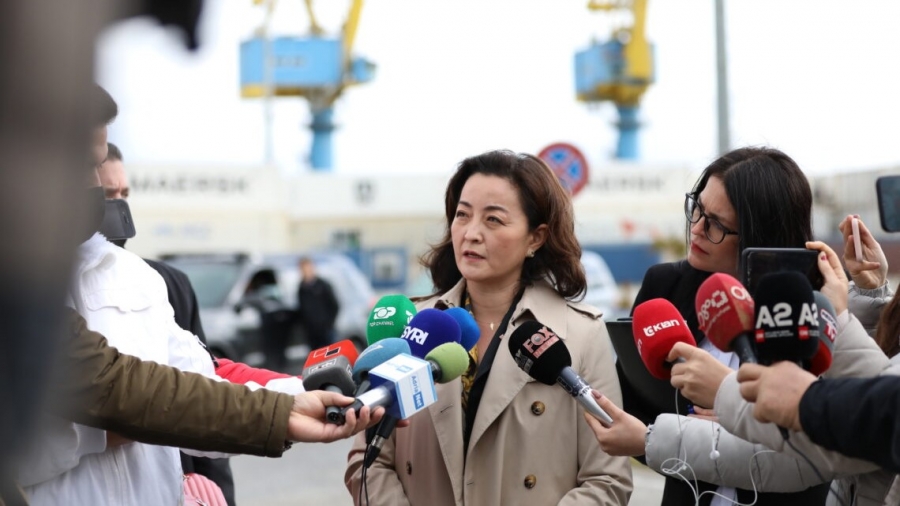 “The arrest of notorious Kruja Judge and her criminal network is much-awaited news for all of us and for the vast majority of Albanians who have backed us in justice reform,” has said PM Edi Rama after the arrest of 13 persons, including a judge, Enkeleida Hoxha, two doctors, a defence lawyer and some private citizens, facing corruption charges.
In a Twitter post, Rama said on Thursday this event should encourage anyone who awaits justice for the crimes of corrupt judges and prosecutors. “I wish that bringing this gang to justice continues!”
In conclusion Rama said: “Whoever has not passed the Vetting must be held accountable, whoever continues to abuse since he cannot pass the Vetting, must be stopped!”
Evidently aware of the low expectations of the Albanian population, the US ambassador in Tirana, Yuri Kim hailed the investigation against Judge Hoxha as proof of the success of the reform.
“For those who are sceptical and think that nothing will happen, that the justice reform will not happen and that SPAK will fail, I have a news for you: You are wrong!” Kim told journalists. “You should see the measures undertaken by SPAK in all cases, including this one,” she added.
Albania’s Special Prosecution Against Corruption and Organised Crime, SPAK was created as part of this wider overhaul, with the aim of tackling high-level corruption and organised crime. However, since its creation in 2019, SPAK has not yet brought charges against any high officials, while some notorious court cases have ended inconclusively.
Prosecutors investigated the allegations of corruption against Judge Hoxha after she issued a series of controversial rulings that resulted in the early release from prison of notorious criminals – and after uncovering plans for similar releases.
“Our investigation discovered a criminal enterprise in which criminals serving time in the Fushe Kruja prison obtained reduced sentences in exchange for irregular benefits,” SPAK said, meaning bribery.
Albania’s justice system is notoriously corrupt and is undergoing major reforms with help of the country’s Western partners.
Touching upon another issue Ambassador Kim said that the US has decided to provide support for the construction of the Skavica HPP, describing it as a great development potential for Albania. /argumentum.al