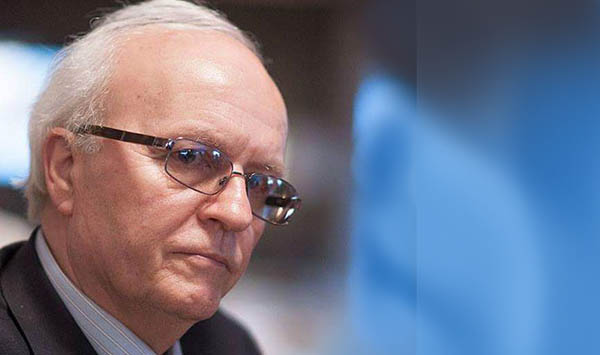 It is to be commended that Albania will sit at the prestigious table of the UN Security Council on January 1, 2022 with a two-year mandate for the first time since its membership in this worldwide organization on December 14, 1955, after obtaining the majority vote in the General Assembly of the UN in New York on June 11, 2021. With 175 votes out of 117 needed, Albania has been declared a member of the UN Security Council for the years 2022-2023.

This event has caused great national pride in Tirana with all state and government senior officials applauding it. Even diplomatic representatives have expressed congratulations to the country for its election for the first time in history as a non-permanent member of the UN Security Council.

The candidacy of Albania was the only one in the group of Eastern European countries that is one of the 5 regional groups operating in the United Nations and consists of 23 member states of Eastern, Central and Southern Europe.

Prior to 1990, Albania did not belong to any group and thus did not submit any kind of candidacy to the UN bodies. But its role in the mechanisms of the General Assembly, the main Committees, ECOSOC and other bodies of the UN system has certainly been active, of course, within the limits of the political platform of the power of that time. The vote of Albania has often been decisive in the adoption of resolutions or other decisions or support for candidacies of various countries at that time which has been appreciated by many diplomatic channels that have kept the relevant notes of the deliberations. Suffice it to recall the energetic diplomatic activity of the Albanian delegation for the People’s Republic of China (PRC) to occupy its deserved seat in the UN, which is always appreciated by that country despite the political conjunctures. China was admitted into the UN in 1971 on the 21st time of voting on its application. The country was admitted into the UN on a vote of 76 in favor, 35 opposed, and 17 abstentions.

Albanian diplomats like Halim Budo, Behar Shtylla, Reis Malile etc. showed their high diplomatic skills which are unforgettable for the Albanian history of diplomacy but at the UN, too.

At the beginning of 1991, the time of pluralistic changes, Albania’s Permanent Mission to the UN in New York proposed to the Foreign Ministry for the country to join the Eastern European group, which was supported by Tirana authorities, and the respective request was approved at the UN making Albania a member of that group. It’s to be noted that the members of the Group welcomed the event also because there was a discussion on the small number of its member countries as compared with some other groups, and Albania’s membership to it came just in time calming down the situation.

But without entering into diplomatic history, the case that Albania has for the first time a seat in the Security Council is related to a complexity of events starting from the state system before 1990.

For the record, 1991 is the starting point of activation with diplomatic representatives in the system of membership in the UN mechanisms as the main Committees and in addition procedures started for the employment of Albanian diplomats in the United Nations administration, which was its right as a member country. The participation of Albanian diplomats, particularly young in age, in training courses organized by the UN and its agencies began. Step by step Albania has been getting fully involved in the UN’s system.

Some time ago I made a comment that no one, no political force or individual, can ‘privatize’ the diplomatic achievements of Albania as for example the membership in NATO, OSCE, EU integration process and finally in the UN Security Council. They are inevitably part and parcel of a long diplomatic activity by many actors and factors and political and economic situations, and why not social ones like the last one related to the pandemic. On the other hand, it should be recalled that chairmanship of many international organizations is assigned on a rotation basis.

The latest diplomatic case also served as an example of the value of the pragmatic diplomacy. It’s to be commended the effort of the current head of Albanian diplomacy, Olta Xhacka who knocked on the doors of strategic allies asking for their support but she also knocked tirelessly at the gates of China, Russia and many other countries in New York to present the Albanian case. That diplomatic approach of the Minister should be praised because it was a contribution to obtaining a deserved and dignified seat at the table of the high-ranking international diplomacy.

But other most valuable achievements for the good of Albania and the entire nation can be accomplished by not forgetting the support of no one towards us, and we should be grateful to them for this. As part of the international community Albania is witness and actor of massive changes which have made imperative a reshaping of the world order. Now the country is in the process of furthering its EU integration process and the best way to get success is to deserve success. The UN Security Council membership has been evidence of successful diplomacy and it has also been proof of the value of the principle of ‘give and take’ diplomacy. In this frame let me quote a saying of the outstanding novelist, Mark Twain as follows: “The principle of give and take; that is diplomacy – give one and take ten!”