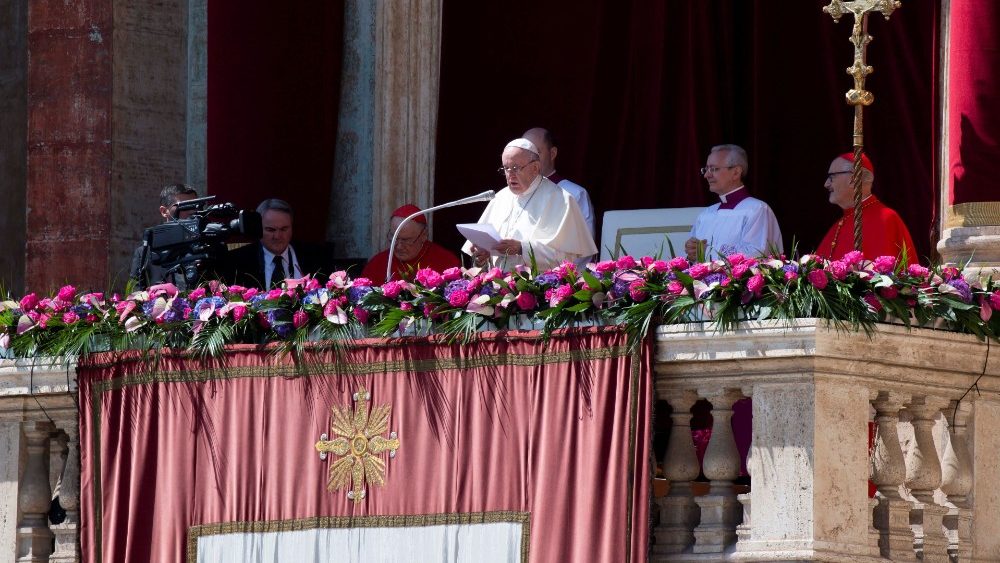 Pope Francis on Sunday called for peace in Ukraine, warning that the conflict could lead to nuclear war.

He also continued his practice since the start of the war of lamenting the effects of the invasion on Ukraine without naming Russia as the aggressor.

In his annual “Urbi et Orbi” address, the pontiff made an anguished appeal for peace and called and talked about the “troubling” risk of nuclear warfare.

“May there be peace for war-torn Ukraine, so sorely tried by the violence and destruction of this cruel and senseless war into which it was dragged,” Francis said from the central balcony of St. Peter’s Square.

The pope had earlier celebrated mass in the square, which was packed with worshipers for the Easter ceremony for the first time since the start of the coronavirus pandemic in early 2020.

In a reference to the threat of nuclear warfare, the pope cited a declaration made by scientists in 1955.

“Shall we put an end to the human race, or shall mankind renounce war?” he said, quoting the Russell Einstein Manifesto.

He called for peace between Israelis and Palestinians, and urged the world to remember other regions hit by conflict and poverty. Among them, he cited Lebanon, Syria, Iraq, and Libya as well as Yemen which, he said, “suffers from a conflict forgotten by all.”

“May the conflict in Europe also make us more concerned about other situations of conflict, suffering and sorrow, situations that affect all too many areas of our world, situations that we cannot overlook and do not want to forget,” the pope said. /Argumentum.al