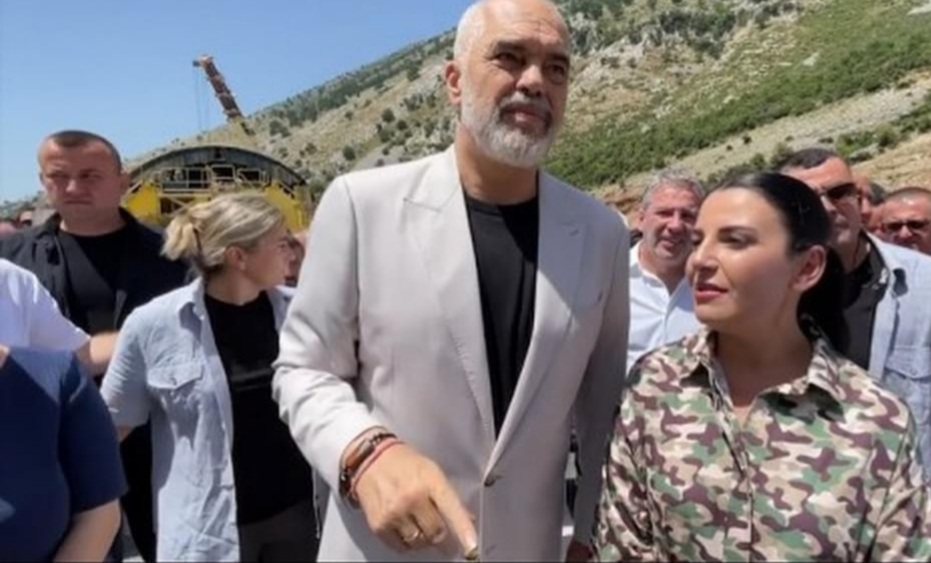 TIRANA, July 2 – Prime Minister Edi Rama, accompanied by the Minister of Infrastructure and Energy, Belinda Balluku, inspected the newest axis that has been added to the infrastructure in the south of the Albania, that of Kardhiq-Delvina.

This road, promised for years, cost 10 million euros and is 33 km long.
It is now accessible to all citizens and will shorten the journey to the coast of Saranda and the tourist villages of the South. Meanwhile, at the exit of the much talked about Kardhiq-Delvina tunnel, Prime Minister Rama said that the Vlora Bypass will also be fully opened on July.
He also emphasized that work will begin on the “Blue Corridor” that starts from Murriqani, northern Albania, and ends in southern city of Fier.

“Now this road finished, the next one is Llogaraja and we will open the Vlora Bypass. The Vlora bypass opens on the 7th of July and then the “Blue Corridor” begins, with all the lots – Murriqan, Milot, Balldren, Thumana Kashar, Rrrogozhina, Lekaj, Fier,” said Rama. /Argumentum.al