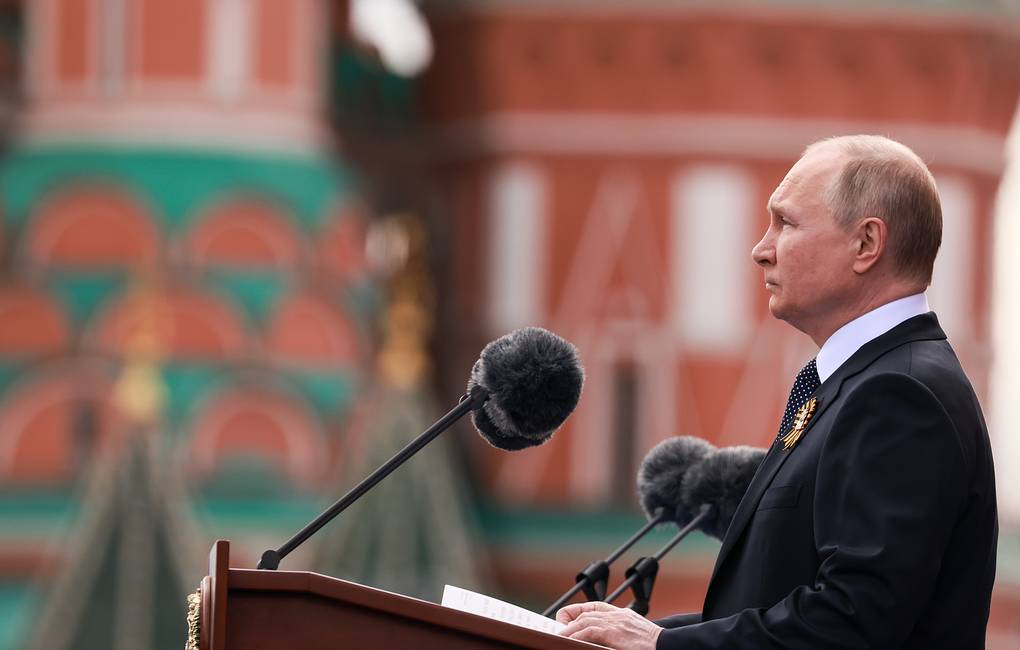 A military parade to commemorate the 77th anniversary of the Soviet Union’s Victory over Nazi Germany in the 1941-1945 Great Patriotic War took place on Moscow’s Red Square.

The parade began with the march of the Honor Guard’s banner group carrying the Russian national flag and the legendary Victory Banner across Red Square. The Victory Banner was hoisted over the Reichstag by soldiers of the Soviet 150th Idritskaya rifle division in May 1945.

The airborne part of the military parade on Moscow’s Red Square was cancelled due to unfavorable weather.

“The airborne part of the parade will not take place due to weather,” Kremlin Spokesman Dmitry Peskov told TASS before the parade’s commencement.

The airborne part of the parade was intended to involve 77 fixed-and rotary-wing aircraft to represent the number of years that have passed since the end of the 1941-1945 Great Patriotic War.

The foot columns comprised 33 parade units that included officers, sergeants and soldiers of military units and formations of the Western Military District, students and cadets of military educational institutions, Suvorov infantry and Nakhimov naval schools and cadet corps, Young Army Movement members and representatives of other ministries and agencies and the all-Russia Cossack Society.

Russian people will never give up love for country, traditional values — Putin

Russian President Vladimir Putin has congratulated the Russian people on Victory Day, celebrated on May 9.

“Dear citizens of Russia, dear war veterans, comrades soldiers and sailors, sergeants and warrant officers, midshipmen and sergeant majors, comrades officers, generals and admirals, I wish you a happy Victory Day!” he said in a speech ahead of a military parade on Moscow’s Red Square.

It will always be a sacred duty to defend the country when its future is at stake, the head of state pointed out. “True love for the country is what guided militiamen led by Minin and Pozharsky, those who attacked the enemy on the field of Borodino and fought the enemy on the outskirts of Moscow and Leningrad, Kiev and Minsk, Stalingrad and Kursk, Sevastopol and Kharkov,” Putin emphasized.

Unlike the West, the Russian people will never give up their love for the country, faith and traditional values, Russian President Vladimir Putin said at a Victory Day parade on Moscow’s Red Square on Monday.

“We will never give up our love for the country, faith, traditional values, ancestral customs and respect for all peoples and cultures. As for the West, it seems to be determined to cancel these millennia-old values,” he noted.

“This moral degradation paved the way for cynical falsifications of the history of World War II, attempts to incite Russophobia, glorify traitors, mock the memory of their victims and wipe out the bravery of those who fought and suffered for the Victory,” the head of state stressed.

Putin pointed out that the United States, particularly after the collapse of the Soviet Union, “started talking about its exceptionalism, which is humiliating not only for the entire world but also for its satellites who have to pretend that they don’t notice anything and obediently accept it all,” the Russian president emphasized.