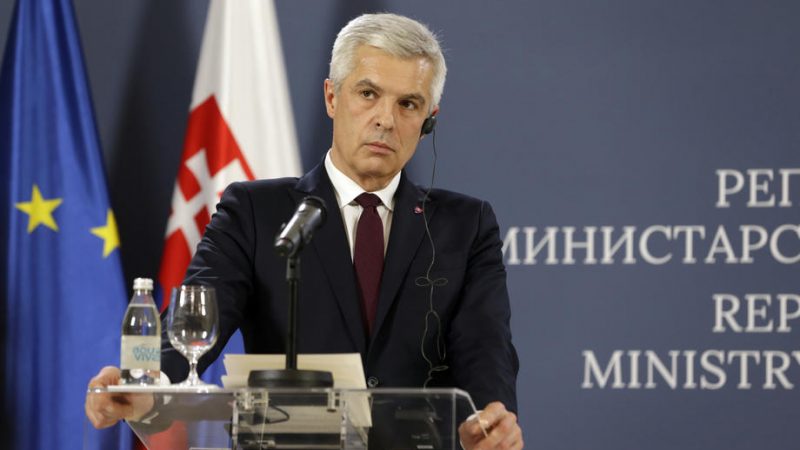 North Macedonia has made extraordinary progress in good neighbourly relations, as well as in the reforms needed to start EU accession talks, visiting Slovak Foreign Affairs Minister Ivan Korčok told his hosts, President Stevo Pendarovski and Prime Minister Zoran Zaev, in Skopje. The visit is part of his Western Balkan tour of Serbia, Montenegro, North Macedonia, and Bosnia and Herzegovina, reported EURACTIV.sk on Thursday.
Since Slovakia had always been among the most ambitious European states when it came to supporting Western Balkan states in their EU accession path, it seemed quite surprising for Bratislava and Prague to block EU Council conclusions on enlargement adopted in December.
In a joint statement, the two countries expressed disagreement over the document because of passages introduced by Bulgaria, which according to Slovak and Czech FMs would falsify history and would be detrimental to the enlargement process.
Following the formal decision to open accession negotiations in March 2020, it will be up to the EU to draw up and adopt a negotiating framework, and decide on the date of the first intergovernmental conference between the EU and Northern Macedonia, Korčok said.