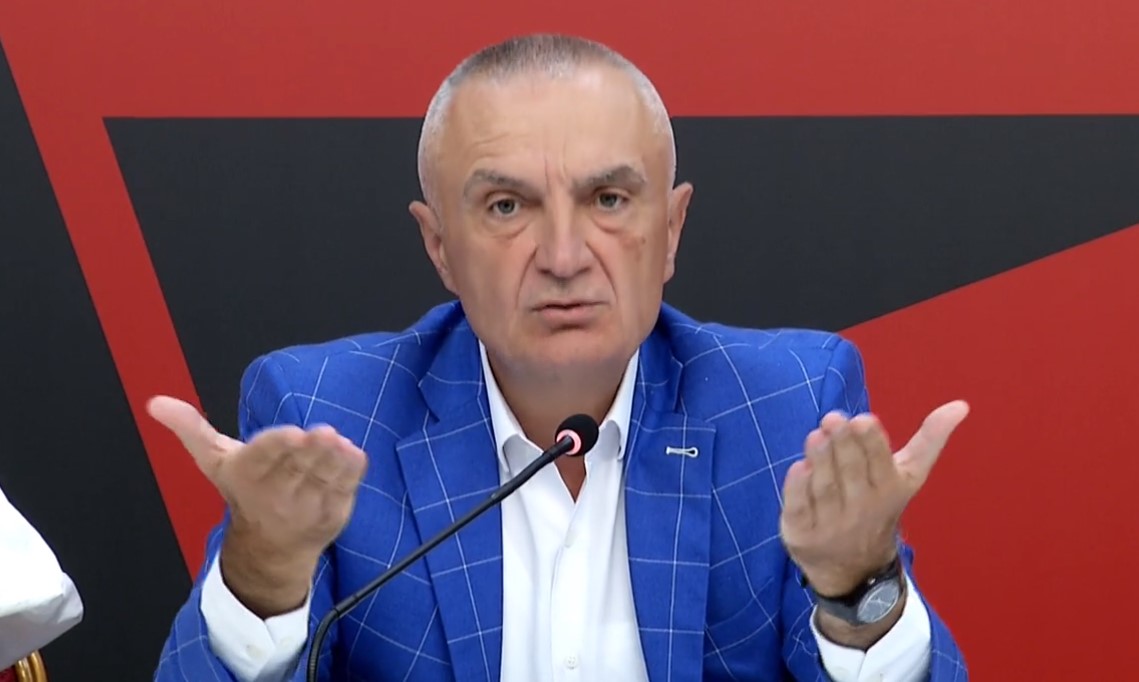 The chairman of the Freedom Party, Ilir Meta, reacted to the situation created yesterday in the north of Kosovo.

Meta said that an agreement should be reached between Kosovo and Serbia. He said that yesterday’s events are a clear indication that Serbia is not interested in respecting the international agreements and mediated by the international factor, signed in Brussels with Kosovo, on the contrary, it blocks them and misuses them to the maximum extent only in the interest of destructive and destabilizing policies.

The Full Statement of the Chairman of the Partia e Lirisë (Freedom Party) Mr. Ilir Meta regarding the latest situation in Kosovo

1. After an artificial tension created in the North of Kosovo and at the Kosovo-Serbia Border Crossing Points, instigated by Belgrade, we are satisfied that the situation is now much calmer and is moving towards complete stabilization.

2. Once again, the political class in Kosovo, the party in power and opposition together, showed political maturity and were unanimous in defending the state interest, the territorial integrity of the Republic of Kosovo and the rule of law.

3. Yesterday’s events are a clear indication that Serbia is not interested in respecting the international agreements facilitated by the international factor, signed in Brussels with Kosovo, on the contrary, it blocks them and misuses them to the maximum extent only in the interest of destructive and destabilizing policies by hiding behind criminal groups in the North of the Republic of Kosovo.

4. The free movement of citizens and goods is at the foundation of the European Union. In the EU, it is not possible to block internationally binding agreements, as Serbia is doing.

5. The instigation of tensions on the part of Serbia in the North of Kosovo and beyond in the region, is to the detriment not only of our region, but also of the whole of Europe.

6. Security and stability in our region is more necessary and paramount today than ever before.

7. The institutions of Kosovo showed maturity and wisdom that cooperated and accepted the advice of the Western allies, the EU and the USA, to postpone for 30 days the reciprocity measures for the passage of citizens, goods and motor vehicles with Serbia.

8. The European Union must be more persistent and obligate Serbia to implement the agreements signed with Kosovo, as well as be clear that any tendency to destabilize the region will be punished and severely shaken.

Belgrade must withdraw from encouraging criminal groups in the North of Kosovo with the aim to destabilize the situation. Kosovo and Serbia must cooperate closely against organized crime, also through Europol and Interpol.

9. The Government of Albania and its Prime Minister should not play the ostrich game because of the fact that the head of the “Open Balkans” might become unhappy, but should clearly position itself on the side of Kosovo and its rights.

As we clearly saw yesterday, Serbia shut its borders, and the Albanian PM shut his mouth.

10. The Freedom Party estimates that it is time to reach a final agreement between Kosovo and Serbia, as a complete package, which will solve the problems between the two countries once and for all.

11. Any partial and not complete solution will be an open path for continuous tensions and high costs for peace, security and stability in our region.

12. The Berlin process and Euro-Atlantic integrations are the only just and safe path for the entire region.