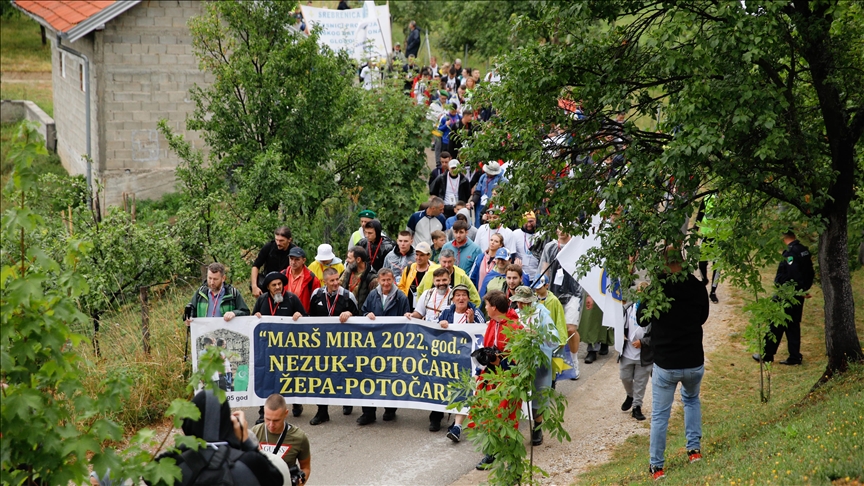 Thousands of people joined a peace march on Friday through forests in eastern Bosnia in memory of the 1995 Srebrenica massacre, Europe’s only acknowledged genocide since World War II.

The 100-kilometre (60-mile) march traces a route taken by men and boys from the Bosniak ethnic group, which is made up primarily of Muslims, as they tried to flee Srebrenica after it was captured by Bosnian Serb forces in the closing days of the country’s interethnic war in the 1990s.

“I came here with my two sons and 50 other people from my hometown to pay respect to the victims, to remember their plight,” said Ademir Mesic from the northwestern Bosnian town of Bosanska Krupa.

“At some moments, in some places we passed by, I felt my skin creep,” said Mirce Malic from the northeastern town of Tuzla. “It is hard to think about what the (massacre) victims have gone through, walking through here and not knowing what awaits them around the corner.”

In July 1995, at least 8,000 Bosniak males were separated by Serb troops from their wives, mothers and sisters, chased through woods around Srebrenica and killed by those forces.