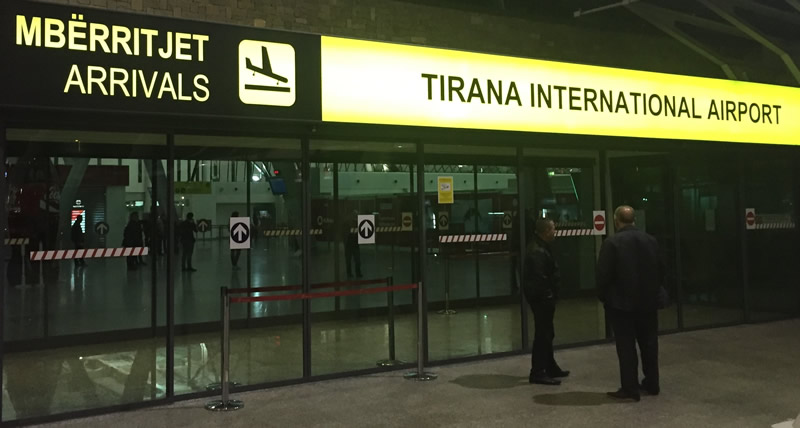 Albania’s government has submitted a draft law to parliament that foresees extending by 13 years the concession of the Mother Teresa international airport in the capital, local media has reported.
The government has proposed to extend the concession contract on account of an investment plan recently announced by the concessionaire, online news portal Exit reported on Friday.
The current concession contract is due to expire in April, 2027.
Last week, Tirana International Airport (TIA), which holds the concession to operate the Mother Teresa airport, said it plans to invest approximately 100 million euro ($120.9 million) in the improvement of the airport infrastructure.
In December, Albanian diversified group Kastrati acquired TIA from Chinese Real Fortress Private Limited for 71 million euro. All this happens at a time when it is evidenced that the total number of foreign nationals who visited Albania in 2020 decreased by 58.5% year-on-year to 2.66.
In December alone, according to the statistical office, INSTAT, Albania was visited by 180,815 foreign nationals, down 37.4% year-on-year
In 2020, the number of domestic tourists fell by an annual 51.5% to 2.76 million. Overall, the total number of domestic and foreign tourists plunged 55.2% year-on-year to 5.4 million in the year under review.
The largest number of international visitors in 2020 came from Kosovo – 1.4 million, North Macedonia – 370,135, Greece – 203,445, Montenegro – 174,233 and Italy – 123,489.
In 2019, the number of foreign visitors to Albania increased by 8.1% year-on-year to 6.41 million.
Albania confirmed its first two coronavirus cases in early March. Later that month, the country closed its land borders and suspended all commercial flights in an effort to contain the coronavirus outbreak.
Albania has registered a total of 72,274 coronavirus cases, including 1,315 deaths, as of Sunday. /argumentum.al