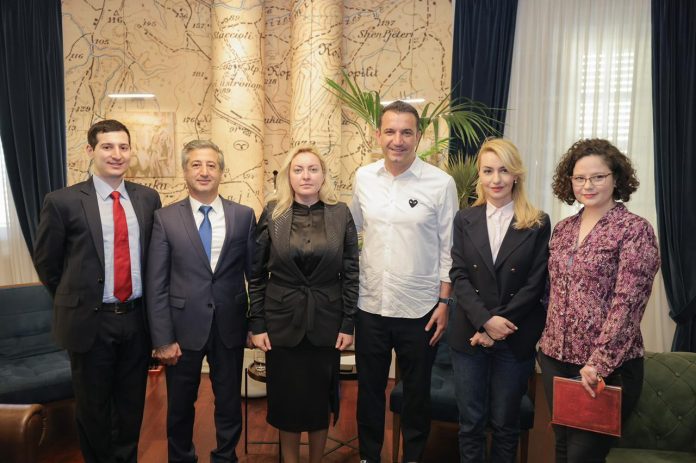 TIRANA, May 14 – Tirana will contribute to the reconstruction of the city of Kharkiv in Eastern Ukraine after the end of the war. This was made public by Tirana Mayor Erion Veliaj in a meeting with the chairwoman of the Kharkiv Regional Council, Tetiana Yehorova-Lutsenko in Tirana on Saturday.

Veliaj recalled that when Tirana was twinned with the city of Kharkiv in 2018, many things were different, there was no earthquake, no pandemic, no war but he added that the good friend is known in difficult days.

The chairwoman of the Kharkiv Regional Council, Tetiana Yehorova-Lutsenko, thanked Mayor Veliaj for the support given and for raising the voice in the international arena for Ukraine.

“I want to express my great gratitude to the mayor of Tirana and his entire team. For us, now, the most important thing is not the finances, but the need for support. You have raised your voice for us in the international arena,” she said. /Argumentum.al