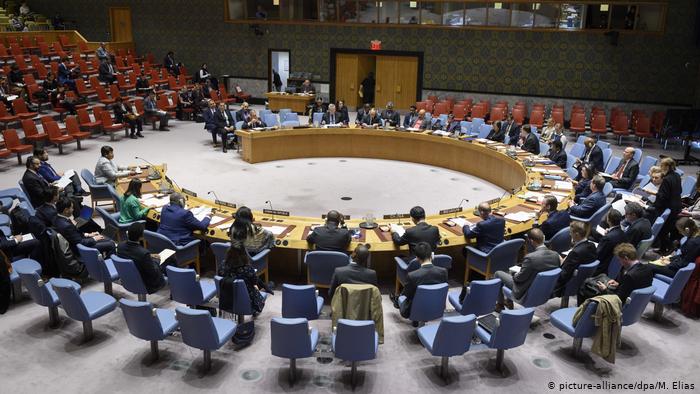 The UN General Assembly adopted on Tuesday a resolution requiring permanent members of the Security Council to come before the assembly to provide an explanation should they exercise their veto powers.

The resolution was adopted by consensus, meaning individual member states did not have to cast votes.

The veto power of the five permanent Security Council members — China, France, Russia, the UK and US — allows them to individually nix any council resolution should they choose to do so. They have not historically been required to justify any veto they cast.

But the just-adopted resolution, which was introduced by Liechtenstein with the US’s firm backing, automatically convenes the General Assembly if any permanent member vetoes a Security Council resolution.

The idea of adding accountability to the veto power is not new, but it has gained traction amid Russia’s ongoing war against Ukraine.

Most recently, Russia vetoed a Security Council resolution that demanded Moscow immediately end its assault, and withdraw all forces. The February draft text had the support of 11 of the chamber’s 15 member states.

Russia has been the most frequent user of the veto. The first veto was used by the Soviet Union in 1946, and Russia has so far vetoed 120 resolutions. The Kremlin’s vetoes peaked with the 2011 Syrian conflict. China has also vetoed resolutions concerning Syria, including drafts on chemical weapons use, and cross-border aid deliveries.

Russia is followed by the US, which has so far vetoed 82 resolutions, most of them concerning Israel.

The UK and France have not used their veto power since 1989.

Russia strongly opposed the resolution, saying in the General Assembly Hall that the veto does not need to be scrutinized, “but rather the lack of readiness of some members of the Security Council to listen to and take into account the opinion of others.”

“The veto, of course, is a measure of last resort, and is used at a time when other possibilities are exhausted,” said deputy UN envoy Gennady Kuzmin.