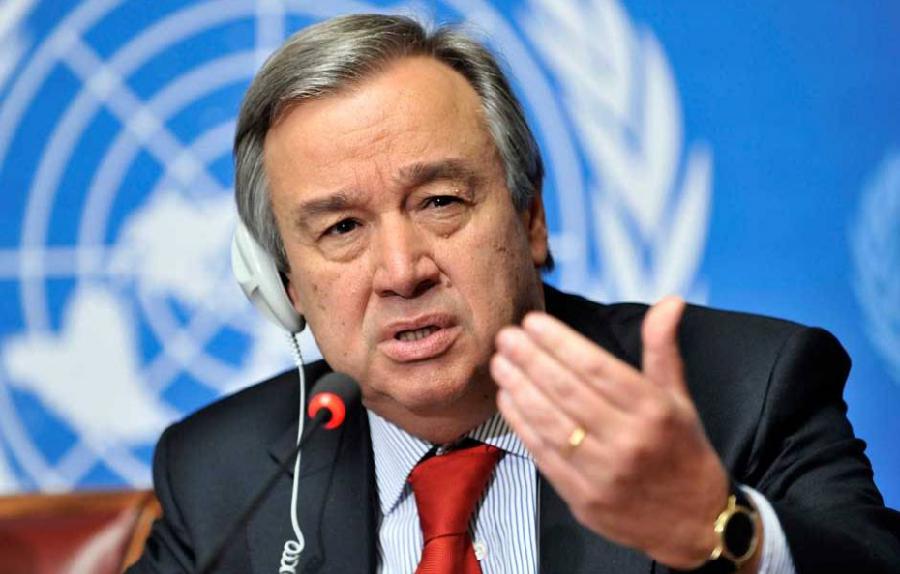 United Nations Secretary-General Antonio Guterres is requesting audiences with Russian President Vladimir Putin in Moscow and Ukrainian President Volodymyr Zelensky in Ukraine to discuss the urgent need to bring about peace, according to a UN spokesperson.

Guterres would like “to discuss urgent steps to bring about peace in Ukraine and the future of multilateralism based on the Charter of the United Nations and international law,” according to a statement from UN spokesperson Stephane Dujarric.

Separate letters were handed over to the Russia and Ukrainian missions Tuesday, Dujarric said. The spokesperson noted that Guterres is awaiting responses from the Russian and Ukrainian governments on a request for a meeting, taking it “one step at a time.”

Dujarric said he would be accompanying the secretary-general if he were to travel but couldn’t elaborate on who else would go.

He wouldn’t elaborate on whether Guterres would travel to one country and not the other if only a single country accepted the request.

“We’re going to wait to see responses and then we’ll make decisions … based on the responses we receive,” he said.

Asked whether the secretary-general regretted not requesting meetings sooner, he said Guterres “has been doing what he thinks is the most practical and the best way forward for him to deploy his good offices and the work of the UN.”

In another event, Russia’s president Vladimir Putin said Russia had successfully conducted a test launch of the Sarmat intercontinental ballistic missile. He said the missile, dubbed Satan 2 by western analysts, has no analogues elsewhere and would provide food for thought for those who try to threaten Russia.

Russia pushed for a crucial early victory in its new eastern offensive Wednesday, pressuring the last pocket of Ukrainian resistance in the besieged port city of Mariupol to surrender as its forces sought to advance in the Donbas industrial heartland.

With his country’s invaders taking the war into a decisive new phase, Ukrainian President Volodymyr Zelenskyy said attacks in the east had increased significantly and called the situation in Mariupol “extremely severe.”

He urged no delay in the supply of heavy weapons that Kyiv has said could ultimately decide the fate of the battle for the Donbas — a request that looks set to be met by his allies. /Argumentum.al