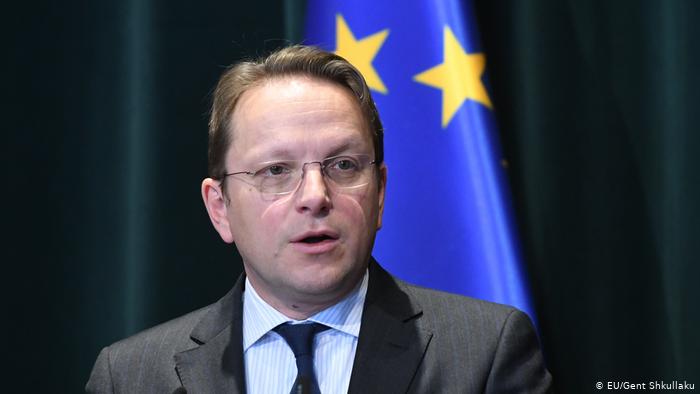 In December, we revealed a case of disloyalty by Genoveva Ruiz Calavera, a mid-level bureaucrat at the European Commission who was, until the last few days, the director for the Western Balkans. Her boss, the Enlargement Commissioner Oliver Varhelyi, tried last September to sort out a tangled situation in Albania that was provoked by the unilateral and consensus breaching steps of Prime Minister Edi Rama.
Rama’s ruling majority changed the constitution and electoral rules, with no regard for an earlier agreement with the opposition which was mediated by the EU and the US.
Varhelyi convinced President Ilir Meta and opposition leader Lulzim Basha to refer the matter to the Venice Commission, an eminent jurist’s body with the Council of Europe. Rama found a way out of a conflict that could have had negative consequences for the general elections that are scheduled for April.
Behind the scenes, Varhelyi insisted with the Venice Commission had to deal with the Albanian issue as a priority. He probably learned through the December article that his subordinate, Calavera, was placing calls with the same body in an attempt to try to sabotage his efforts. She asked for the Meta request to be rejected. Her view was that should the Venice Commission recommend legislative changes and that the Albanian Parliament abide and act upon the alterations. But this would imperil the April elections, and it mirrored perfectly Rama’s public argumentation.
The December article was widely published in the Albanian news media. Some commentators, and even politicians, spiced it up with further allegations about Calavera’s misconduct. By that time, no damage could be done since the opinion was out in the open. It was a damning denunciation of Rama’s abuse of power in order to boost his chances in the April 25 general elections.
What surprised many was a Varhelyi pre-Christmas tweet expressing his trust in Calavera and denouncing false allegations in the media and social networks about her. Whoever thought it as an exaggerated esprit de corps, or even as a variation of the Stockholm syndrome – honi soit qui mal y pense!
This curious French sentence in the English coat of arms sums it up. Varhelyi had Calavera fired; not exactly sacked in disgrace and pilloried on the Rue de la Loi. This is not the prevailing style within the European Commission. Calavera was eventually marooned in the translation unit where she can do no political harm anymore.
We have written in the past years about the unaccountable and even arrogant senior bureaucrats in the Commission who routinely disregard the Commissioners and do as they please. They are the main reason for the much talked about “democratic deficit” within the EU.
The Lisbon Treaty tried to tackle it by empowering the European Parliament and enhancing the Commission’s accountability. It was the right thing to do. Still, bureaucratic inertia had its way with reality. Since then, many Commissioners haven’t understood his or her real power and responsibility. In some instances, they haven’t shown any interest in them.
Commissioner Varhelyi deserves applause for quietly calling a spade a spade and acting upon it. His good relationship with von der Leyen has surely helped him.
The Nasty Squad in the Commission, which enabled so much of Rama’s authoritarianism, state capture and underworld collusion has now lost Calavera. Federica Mogherini is long gone, Johannes Hahn has been refused the Enlargement portfolio and Matuella, the Albania Unit chief in the Enlargement Department has been removed and sent far away, just like Calavera.
Luigi Soreca, the EU Ambassador in Tirana who was mentioned along with Calavera in Varhelyi’s now-famous pre-Christmas tweet, is still around. Our sources in the EU Delegation tell us they are not sure whether he represents the EU in front of the Albanian authorities or rather he plays the role of Rama’s messenger for Brussels and his domestic audience. Soreca very recently tested positive for COVID-19. We wish him good health and won’t deal with him until he fully recovers.
Have we missed anyone? Romana Vlahutin, for instance? She doesn’t deal with Albania anymore. Much like Calavera and Matuella, she still has a plush job in the Commission cut out for her. We were the first to expose her real estate dealings that involved European tax money paying a triple market price for an ambassadorial residence. The then-chairperson of the Budget Control Committee in the European Parliament, Ingeborg Graessle (Germany, EPP), called the purchase “the best way for us to lose credibility while we call on Albania and others to fight corruption”.
Since then, we have seen reports, evidence and witnesses indicating the wrongdoings of Madame Vlahutin in Albania. When fully corroborated, we will come back to this. If that is the case, we would hope OLAF would perform a bit better than on the previous occasion.
In the meantime, we wish Varhelyi a lucky hand in filling the vacancies. /New Europe, January 29, 2021