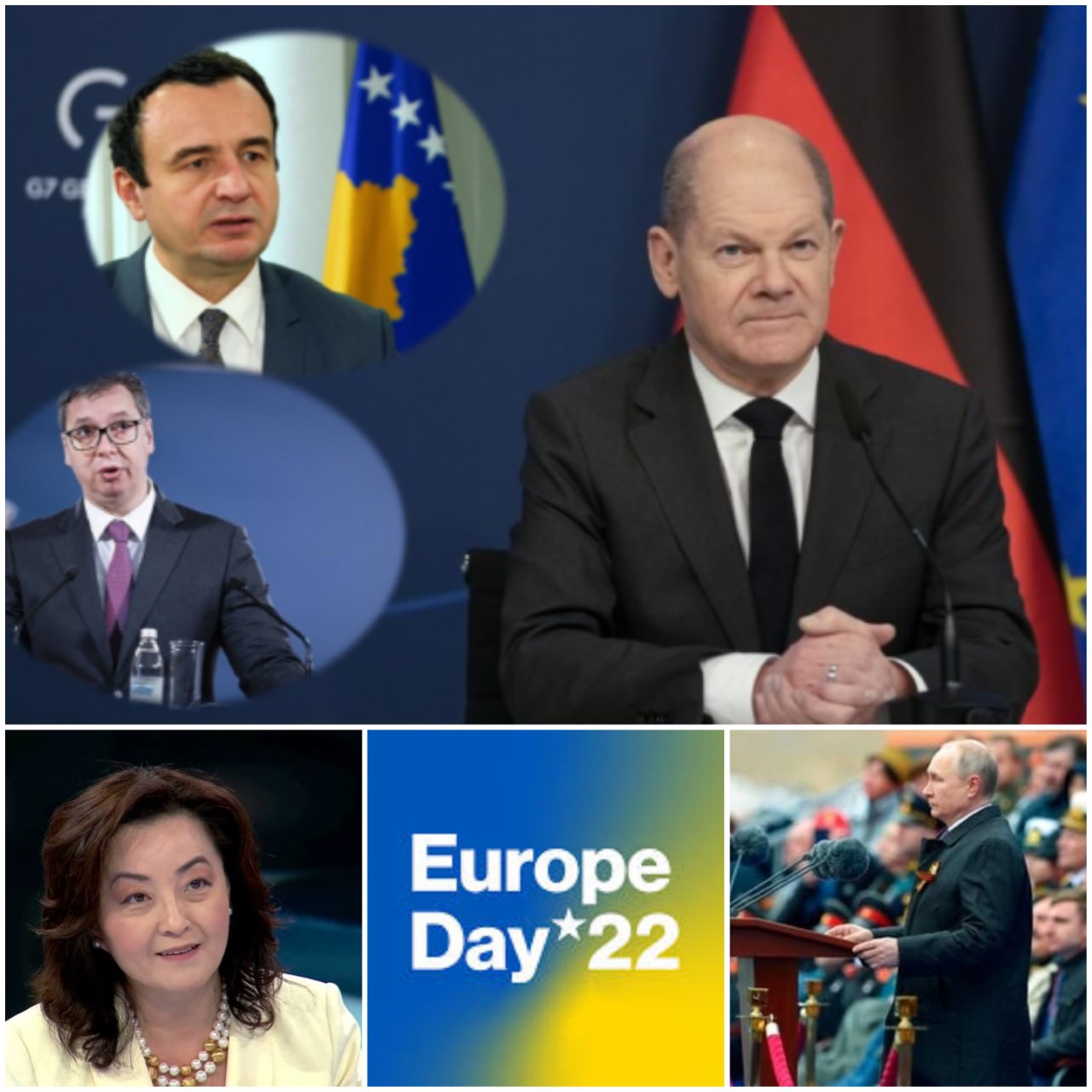 DR. JORGJI KOTE, a renowned diplomatic analyst, “  dots the i’s and crosses the t’s” on the 4 major events in only 1000 words

1.Where is the dialogue? This is the question raised after 4 May, when the new German Chancellor, Olaf Scholz invited in Berlin President Vuçiç and PM Kurti, at the presence of the EU and German mediators, Lajcak and Sarrazin. This was the first diplomatik effort by Chancellor Scholz to tackle an issue which is in a blind alley, indeed! Yes, with  many mediators from the EU, USA, Germany and Great Britain, with plenty of pledges and promises; yet, no dialogue but mostly a “tug of war” is to be seen! Because this dialogue lacks the fertile “soil” and necessary climate;  not in the sense of working tables, drinks and european culinary delicatésen, but the political environment, i.e. understanding and mutual confidence. What dialogue can one expect when Vuçiç, without waiting to “digest” the dinner hosted by Borrell on 11 May summoned the National Security Council; just because Kosovo as an independent state applied for membership to the Council of Europe!! Just when Belgrade cries and shouts to the sky and at the same time invites Kosovo to join “ Open Balkans”! What hypocrysy and demagogy! When Serbia does not acknowledge crimes, it does not recognize Koqsovo’s independence and with many other “ NO”s. Meanwhile, it continues to play “the game of musical chairs” even  now afer Russian agression against Ukraine, as the only Balkans state not imposing sanctions!

This is why we say there is now way out and the dialogue may be reduced to the tactics of “ draw the rope but do not cut it”  The failure of the dialogue session on 13 May in Brussels on ” number plates” is the freshest indication.

2. Talk and Eating!” was in the best sense of the word the Informal Dinner hosted  on 11 May by Josep Borrell, High EU Representative for Foreign Policy and Security for the 6 Western Balkan leaders and the Informal Meeting of its Foreign Ministers on 16 May in Brussels. Actually, such frequent events have become like man-made mushrooms; but from the taste, they are a far cry from bio mushrooms! Well, the idea by his predecessor, Mrs. Mogherini was good, i.e. summon 6 leaders in Brussels, away from the maddening crowd, enjoy the flavour of the Belgian and european drinks and delicacies, talk amicably off the record on common concerns. Thus, paving the way to official discussions and actions. However, during the recent years, they are so much exagerated that these summits have lost their sense, public interest and echo. Last summer there were at least 10 regional summits, in the most beautiful tourist attractions, in the fresh air, on the seaside, lakes and alpes. Nonetheless, despite this joyful and attractive atmosphere, there are no tangible results and things are going from bad to worse. Soon after, together with the launch of the new tourist session, the friendly “ race” will restart with haste for such summits! Let us hope that they would be much more than Talk and Eating!

3. New Europe versus Old Russia  was seen on  9 May, the Day of Victory against nazi-fascism and the 72nd Anniversary of the Schuman Declaration, which marks the European Day. French President, Macron, also as EU President in office unfolded in the EU Parliament in Strasburg, at the presence of  EU Commission President,  Ursula vor den Leyen the vision for a new  Europe, capable of meeting the  major challenges in foreign policy& security, energy, health, agriculture, transport, social welfare and others.

Macron emphasized that in this new european architecture, a special place will be for “The Enlarged European Politial Community“ which would  include 6 Balkan states, Ukraine, Moldova, Georgia and others.

Likewise, 9 May marked the end of the Public Consultion in all member states on the EU future; with  3000 proposals including the revision of  fundamental Treaties. Likewise, the EU&West with the USA at the helm are rushing to  consolidate their political, economic, public and military cohesion; Europe is launching a genuine revolution in foreign policy and international security; it is also showing its generosity and solidarity for the heroic people of Ukraine together with messages for its admission to the EU.

The opposite occurred in Moscow, where the strained traditional military Parade took place in Red Square. On 24 February, when Putin ordered the military agression against Ukraine, he had thought that 9 May 2022 would be like that in 9 May 1945. But, several ongoing failures in Ukraine have casted large shadows on its expected success. This was also noted in the atmosphere, size, weaponry exposed and in Putin’s address, which  “smelled“ neither success,  nor triumph. Finally, he admitted several severe losses with condolences for the familes of the victims. Meanwhile, the motivation of the Russian Army in Ukraine cannot be compared at all with the Red Army. Therefore, It looked and it was a parade of doom and losers, a far cry from the triumphant joy on 9 May 1945! Things are going even worse in other fields in Russia. Experts and the latest data refer to “Putin’s exodus“  Only during the first four months of this year, 3,8 million have left Russia, with 400.000 persons in April! 60 per cent are below 35 years and 1/3 are higly qualified IT specialists. 57 per cent of them had a well paid job, but they see that there is no future in Russia for them. Last but not least,  Russia’s international and public image and perception in all areas, including culture is shattered to the ground. Whereas  Ukraine, after  the  victory in Kiev and Charkiv, on 14 May won the Eurovision Song Contest in Turin!

5.OK, Madame Ambassador for the interview on 12 May at “Open“ Well – balanced, substantial, correct, informative and clarifying! Thus, it dismissed the different correct or incorret guessings, reservations and criticisms. True, her attitudes are not personal but official; however, an ambassador, particularly of a superpower like USA, has a considerable margin and space of action, so that the messages she/he expresses would be always to the point and not produce controversies and public debates. Finally, the State Department advises What to do, but it‘s up to the Ambassador to see How to do it! Finally, Pompeo’s visit in Tirana on 15/16 May was a wise move, which speaks louder than words!