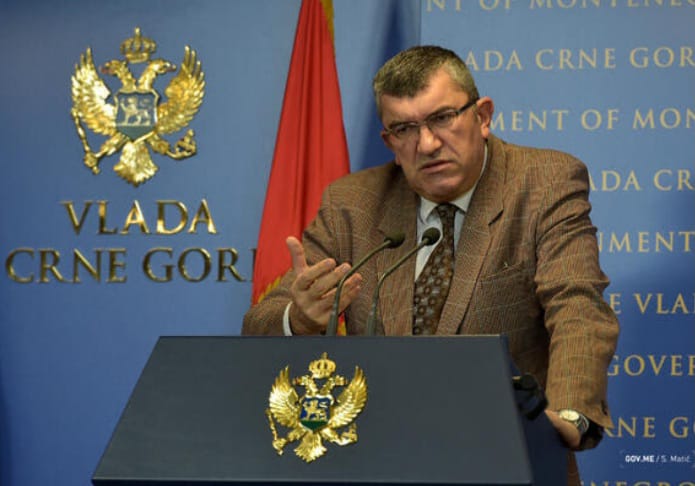 Interview with Mr. Zoran Djukanovic, Independent Advisor I in the Administration for Cooperation with the Diaspora of Montenegro, in charge of Albania , exclusively for Argumentum.al

-Mr. Djukanovic first of all thank you for this exclusive interview with the online media Argumentum.al. Please can you tell us what are the main activities of your institution?

In the area of ​​cooperation, we highlight the following legal obligations:

– Preservation of national identity and belonging to Montenegro;

– Protection of the rights and position of the diaspora – emigrants, i

– What is the quality of your institution’s cooperation with your diaspora in the Republic of Albania?

Our cooperation with our diaspora in the Republic of Albania has been on the rise in recent years. The establishment of the Community of Montenegrins of Albania in Elbasan five years ago contributed greatly to this, which carries out activities every year that are very significant for Montenegro. It is the marking of important dates from the history of Montenegro (National Day – July 13, Independence Day – May 21, the anniversary of the martyrdom of Montenegrin war volunteers in Medova Bay – January 6, the days of St. Doclean Vladimir – June 3 and 4), also many round tables, cultural events and similarly. Along with expatriate associations from Shkodër (Alba Montenegro and Doclea) that were formed earlier, this association provides a good basis for solid cooperation with the native Montenegro.

-Where in Albania is the largest Montenegrin diaspora and are you satisfied with its position (status)?

The most numerous Montenegrin diaspora is in the Shkodra region, where Orthodox emigrants from Montenegro have settled since the end of the 17th century (the village of Vraka near Shkodra), also Muslim population was also in Shkodra and its surroundings since the Berlin Congress in 1878. until the 20s years of the 20th century . It is estimated that the total number of emigrants in Albania originating from Montenegro is around 17,000.

As for the Montenegrin minority, it is extremely significant that a representative of the Montenegrin national minority has been appointed to the Committee for National Minorities of Albania since this year.

-What do you expect from the new representative of the Montenegrin minority in the State Committee for National Minorities of Albania?

-How do you see the further position of the Montenegrin national minority in Albania?

The position of the Montenegrin national minority, which is part of the total Montenegrin diaspora in Albania, must be constantly improved, for which there are real conditions, given the excellent mutual relations between our two countries and the fact that we are neighboring countries. It is important for the Montenegrin minority in Albania and the Albanian minority in Montenegro to be  bridges of communication, not separation of our two countries. In this sense, I believe that in the near future it would be good to establish a Cultural Center of Montenegro in Albania, which would articulate the effort of the Montenegrin minority to constantly remind of its culture and tradition through many cultural activities, but also to present itself as inseparable and active part of the multi-ethnic society of Albania.

– How do you see the future development of good neighborly relations between Montenegro and Albania?

The good-neighborly relations between Montenegro and Albania should be built on the basis of the common European goals of our two countries, membership in NATO, as well as applying for membership in the European Union.

However, these relations should also be built on the basis of positive examples from the similar histories of our two countries. The similar geopolitical position of Montenegro and Albania, as well as the increasing economic and trade exchange and common tourist interests, oblige us to strengthen our neighborly relations, for the benefit of the people of Montenegro and Albania.