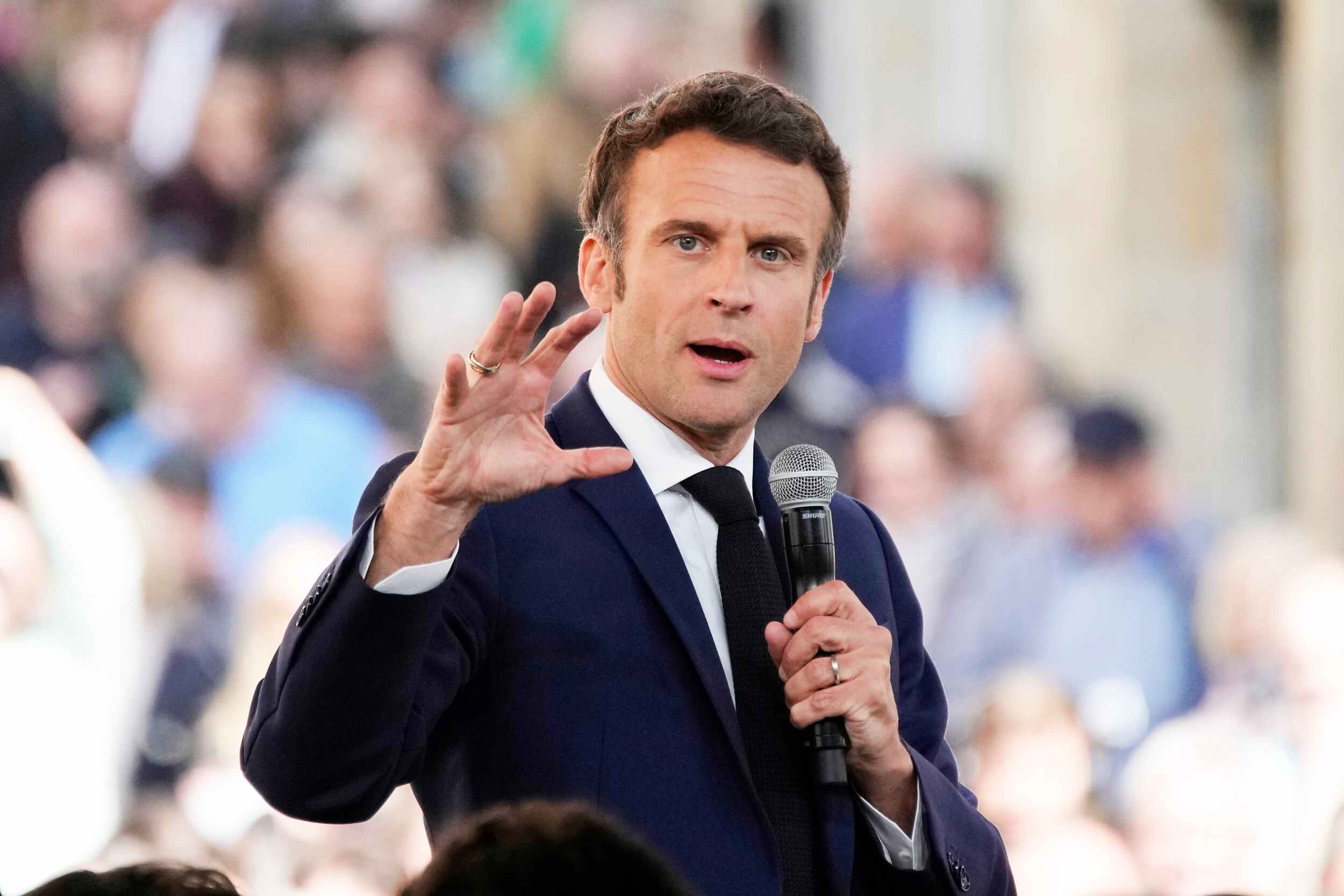 Emmanuel Macron pulled off an impressive feat as he became the first French president in 20 years to win a second term in office – in face of fierce antipathy amongst large numbers of voters on the left and, in even bigger numbers, to his right. Macron will have to navigate this enmity as he tries a “different way” of governing while facing a series of challenges, from the cost of living crisis to pension reform.

monstrated by his very own catchphrase “en même temps” (“at the same time”).

The president beat nationalist Marine Le Pen comfortably in the second round after topping the polls by a decent margin in the first, where the French have a menu of voting options. The presidential election showed that – of the three main voting blocs – the biggest is the centre-right cluster revolving around Macron.

At the same time, the election underlined how plenty of French people on both sides of the political spectrum detest Macron – regarding him as the embodiment of the arrogant, insensitive technocratic stereotype.

So after losing some 2 million votes between his two face-offs against Le Pen in 2017 in 2022 – and after seeing a record-breaking second-round abstention rate at 28 percent – Macron promised to rule France in a “different way” and to be “everybody’s president”.

Macron has plenty of issues to deal with as he enters the second half of the presidency, following a first term marked by crises – from Covid-19 to the Yellow Vests to the war in Ukraine – which many voters think he handled well.

As that list shows, expect the unexpected. But for now FRANCE 24 looks at the top issues already on Macron’s in-tray.

The first challenge Macron faces is the parliamentary election held in two rounds on June 12 and 19. Le Pen and extreme-left firebrand Jean-Luc Mélenchon (who came third in the presidential first-round) both want to win a National Assembly majority to give Macron a difficult second term.

Indeed, Mélenchon is explicitly pitching himself as a potential Macron prime minister. This would mark a return to “cohabitation”, the system which kicks in when the president lacks majority support in the National Assembly and so picks a prime minister from the winning party, creating a programme based on compromise between the two.

However, analysts see a Macron majority as the likely outcome, given voters’ tendency to back the recently elected president’s party and a history of poor performances for the parties’ of second- and third-placed candidates.

Macron’s “whatever it takes” approach to Covid-19 buoyed the French economy as it emerged from the pandemic – with 7 percent growth in 2021, higher than Germany, Italy and Spain. Unemployment fell to 7.8 percent in the fourth quarter of 2021, the lowest rate since 2008.

However, the rampant price rises bedevilling many economies have caused a cost of living crisis in France, as year-on-year inflation surpassed 4 percent in March.

Le Pen made diminishing purchasing power the crux of her campaign, a focus that powered her up the polls, helping her capture even more of the squeezed working class that historically voted for the left – and making her by far the most popular candidate amongst the middle-aged.

Responding to the threat she posed, Macron promised a “special bill” for the cost of living – indexing all pensions to inflation and reducing costs for the self-employed.

“We’ve got to respond to the anger and concern of millions of French people who’re saying they can’t get by,” Macron’s Finance Minister Bruno Le Maire told France Info on Monday – promising to keep the gas price cap until the end of 2022 at least, and to roll out “by the summer” a package to help people who need to drive a lot cope with rising petrol prices.

“Cost of living is Macron’s single biggest problem; it’s very clearly the issue on which voters ranked him second or third in the first round,” said Paul Smith, a professor of French politics at Nottingham University. If Macron is not careful, he continued, “a Gilets Jaunes [Yellow Vests] Part II is on the cards”.

But France’s public debt remains high; it was 112.9 percent of GDP in 2021 – and rising interest rates are expected to make government debt more expensive in the coming years. This puts Macron in a difficult position, warned Jim Shields, a professor of French politics at Warwick University: “Macron has an irresolvable dilemma – how to balance France’s finances while bringing an adequate government response to the cost of living crisis,” he put it. “With the newly re-elected, new improved Macron on probation in public opinion, we are unlikely to see fiscal rectitude become the priority in the short term at least.”

Macron promised back in 2017 to streamline France’s byzantine pension system – prompting in the winter of 2019-20 the country’s biggest wave of strikes since the famous upheaval of 1968. Once Covid-19 hit, pension reform was postponed indefinitely, then shelved.

Between the two presidential election rounds Macron said he is open to raising the retirement age from 62 to 64 – instead of 65, as he originally planned – after postponing the decision until 2027 when his mandate is over.

“I am ready to change the timeline and say we don’t necessarily have to implement the reform by 2030 if people are too anxious [about it],” he added on the campaign trail, while insisting his proposed changes are necessary.

Like the cost of living, pension reform is “really fundamental”, Smith warned. “Macron really needs to address these issues ahead of the parliamentary elections – with real clarity.”

French hospitals are in a difficult position with staff shortages and emergency measures still in place more than two years after Covid first hit.

Climate change was a major lacuna in the presidential campaign until Macron placed it at the centre of his second-round pitch at a rally in Marseille.

Macron made a bold promise ahead of his re-election, pledging to go “twice as fast” to reduce greenhouse gas emissions – getting them down by 40 percent by 2030.

His plans rely on nuclear power to decarbonise electricity production, continuing a French trend dating back to the 1970s – when then prime minister Pierre Messmer poured resources into nuclear energy in a long-term strategy to drastically reduce France’s oil dependency after the 1973 OPEC crisis. Macron says France will build six to 14 EPR reactors – a new generation design pioneered by France – as well as building 50 offshore windfarms by 2050 and increasing solar power output tenfold.