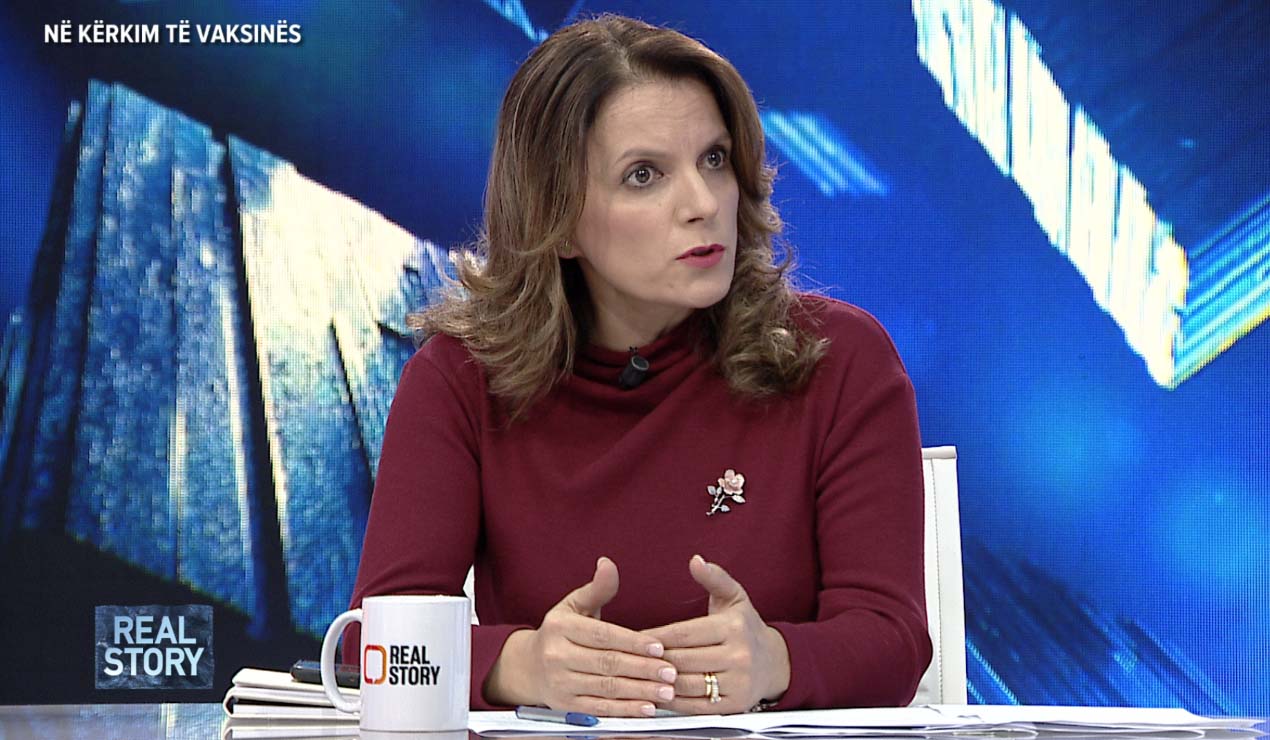 When the doors have been shut by the Western allies because of their own pressing emergency needs for anti- Covid vaccines against the background of the spreading pandemic situation, Albania has timidly turned its eyes towards the Chinese and Russian vaccines, which, as a matter of fact, have become very popular in the world market.

The Deputy Health Minister, Eugena Tomini admitted but in a caution way in a TV talk show on Tuesday evening that Albania has not turned its back on China and Russia nor has it closed the borders to them for vaccines, while emphasizing at the outset that these vaccines have not been approved by the EMA. However she hastened to point out that Prime Minister Edi Rama has made it clear that his government is directing vaccines to European countries. But a few days ago Rama himself hinted that he could search for other alternatives to get vaccines from the east without mentioning the name of any country.

Contracts and prepayments have been made to Pfizer and Covax by Albania, according to Ms. Tomini, but as reality shows it has become almost impossible to get supplies from them when there is a total confusion in EU and other western countries on the issue. The amount of the two shipments of vaccines, the first in January and the second on February 1 taken together amounts to about 2000 doses being administered for the PM and the medical staff. No elderly people have been inoculated although they are the first segment of the population being protected from the virus across the world.

The two well-known doctors who were part of the talk show and are in the forefront of the fight against the virus told the representative of the government straightforward that Albania should have received anti-Covid vaccines from Russia and China.

According to the seasoned doctor, Ilir Alimehmeti, Albania as a country does not have the luxury to ignore the Chinese and Russian vaccines a priori, because first Albania must see all the variants, and its authorities should have accepted the anti-Covid vaccines from Russia or China.

“We do not have to be afraid of these vaccines. There are some safety and effectiveness rules that need to be looked at. What we need to reason about is that we have our own institutions that have the certification option. So when something comes up, they can see at least how valuable it is. In a world where we have such a great demand and need, we do not have the luxury to remain a priori behind. I have the principle that we should have an open mentality to see all things offered and then if possible, we should get the first thing possible, which is safe and effective, because every day that passes people suffer. Do not burn a priori options and do not fail people in the classroom without reading what they have previously written,” the doctor commented.

For his part another well-known doctor, Artan Koni invited to that talk show on anti-Covid vaccines said that it is not a great luxury that Albania is closed to Russia and China at a time when Germany itself is open to negotiate with them.

“Negotiations with manufacturing firms must begin long before approval is obtained. Being closed to the Chinese and Russian vaccines is not a luxury when Germany itself is open to negotiating with them. We are becoming more European than Germany!,” he said with a touch of bitter irony.

Dr. Koni said that he was not suggested to take any vaccines directly, but it is okay to negotiate so that you will be ready when it is approved. “Even if it is approved we will be left behind. Pfizer has no technical possibility to produce vaccines for the whole world. And it has started not to respect the contracts. The contract with it provided for some 10,000 doses but brought 1070. What will you tell?” he questioned.

Anyway it would be a good omen if the advice of the two doctors and many others who have been positive regarding such a move earlier are taken seriously into consideration by PM Edi Rama because he decides on everything. After all every minute lost to get new sources of vaccine supplies is a serious threat to people’s life in this Balkan country. It is hoped that the PM has not forgotten when he said in April last year when Albania was in tight lockdown that ‘we are alone!’ But fortunately the situation has changed and many vaccines are in the world market…

In the meantime the government head should forget the past offences he leveled against any of the countries in question which offered their help for vaccines and become responsible as ‘LIFE’ comes first in the situation of such a plague when fatalities and infections are alarmingly increasing in Albania. Of course it would be good for the Albanian people, who are very worried over what is happening as after all they are who are suffering the consequences of the ongoing tragic situation facing the deadly shadow of in the air if the diplomatic representatives of those countries that have been ridiculed have put that awkward situation behind their backs looking forward in the humanitarian spirit of the fight for life of all mankind! /argumentum.al