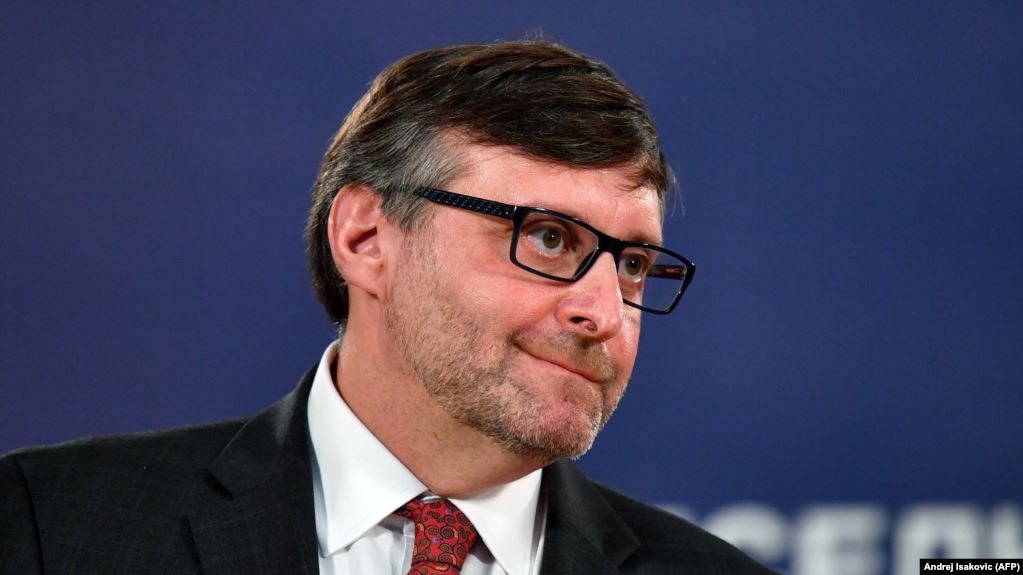 The US Special Representative for the Western Balkans, Matthew Palmer, in an interview with the Voice of America (Bosnia and Herzegovina – BiH edition) spoke about political developments in BiH and Kosovo-Serbia dialogue noting that Washington sees these as two separate issues.
Palmer further said that the United States support the EU-facilitated dialogue between Kosovo and Serbia and the work done by EU’s Special Representative on Dialogue, Miroslav Lajcak. He recalled that the US is investing energy and political capital on normalization of relations between Kosovo and Serbia.
“We see these as two separate issues. There is a specific dynamic on efforts to normalize relations between Kosovo and Serbia, it is important, and the United States is investing a considerable amount of energy and political capital on this. We fully support the dialogue process facilitated by the EU and the work of Miroslav Lajcak, as EU’s Special Representative,” Palmer told the Voice of America.
Washington’s envoy in WB expected progress also in Bosnia and Herzegovin but insisted that the situation there has nothing to do with the negotiations between Pristina and Belgrade.